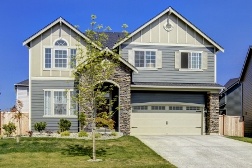 Last week’s economic news included a few developments connected with housing and mortgage industries. While no economic reports were released on Monday, the rest of the week provided good news for existing home sales, home prices and mortgage rates.

The National Association of REALTORS® reported that existing home sales in September exceeded expectations and the prior month’s reading with a seasonally adjusted annual rate of 5.17 million sales.

In a separate development, FHFA Director Mel Watt said that the agency is reviewing policies that could lessen lender concerns over requests to repurchase Fannie and Freddie loans due to early defaults or other deficiencies. This was seen as a possible solution to current strict mortgage approval requirements that are limiting access to home loans by first-time and moderate income buyers.

Weekly jobless claims were higher at 283,000 new claims filed as compared to projections of 285,000 and the prior week’s reading of 266,000 new claims filed. While higher than in recent weeks, new jobless claims have remained below 300,000 for six weeks. The Labor department reported that new claims over the past month fell by 3000 to 281,000 new claims. This reading was the lowest since May 2000. Due to week-to-week volatility, financial analysts and economists view the month-to-month readings as a more consistent data source.

What You Need To Know About A Closed-End Second Mortgage